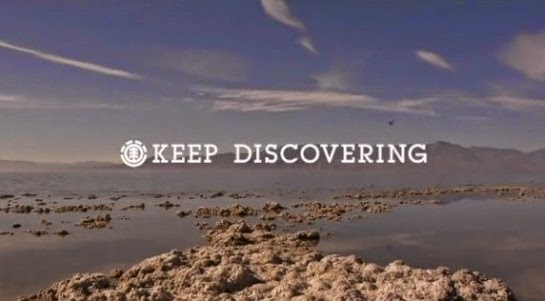 Knowing and Knowing About People

Last week while I was attending one of my school camps, I happened to talk to one of my fellow OGLs regarding the matter of HTHT. (heart-to-heart-talk) To be honest, it's a word I almost never hear in JC, but is so prominent in university. I do not know who started this culture of having HTHT in school camps, but I guess his/her intentions have been diluted significantly. My guess is that it was intended to be used as a platform to make friends that go beyond the camp itself; friendships that will last in the long-term. But instead, it has become a session that, suffice to say, is but a shadow of its actual intent. Regardless, while thinking about what exactly is HTHT, or the point of it, I surprised myself by answering: "It's so that we know and are known by each other." So I came to the conclusion that HTHT is for knowing people. Not what they do, but who they are.

Constrastingly, a few days ago while having cellgroup, my cellgroup leader mentioned that we do not know enough about each other's life - our conversion/turning point story, for example. That struck a chord with me. I came to the conclusion that indeed, it is also important to know about people, not just who they are, but what they have done and what they have gone through. For through these we also understand the person better, why they think in such manners and their train of thought and also what they are going through in their lives at the moment. So with these 2 incidents, I came to this conclusion:

Relationships/friendships are formed and sustained when we know and know about the person. Both are vital.

Let me go into further details about the mechanics and the effects of each component. UPDATE: Take note that the angle of this post is more on the different kinds of information we can receive from someone and not how to perceive that information.

UPDATE #2: I received a comment that people have differing standards of friendship and how to maintain it. I agree, but that is not within the scope of this post. Very loosely and simplistically, my understanding of "friendship" in this post is with regards to the level of intimacy between two people in a friendship.

UPDATE #3: There is also a comment on the difference between who people are and who they think they are, i.e. their self-image/self-concept. Here in this post, I'm making no distinction between the two as usually they are not so different that who the person actually is is a totally different person from who he/she thinks he/she is.

Knowing about people
This is very similar to playing the game "I have never", where people state things that they have or have never done before. Here, I will extend it to include things that happened to them, and also the things like their likes/dislikes/habits etc. To know what is in the life of this person, what's happening and what has happened and so on. This is important as it allows us to relate to this person based on similar interests/experience and be sensitive towards their situation, and also how to help or receive help from this person. 'Knowing about' the person paves to way for interaction to take place in a beneficial manner for both parties.

Knowing people
The other side of the coin, 'knowing' people is, in summary, when you can answer this question: 'What would <person's name> do in such a situation?' and answer it correctly. It's like the game "First Impressions", you do not know anything about the person, but still you come to a conclusion based on his/her behavior, character, personality, values, priorities and so on. This is important because it helps in making the person you're interacting with a human being. To you, he/she then becomes a living person, with feelings, thoughts, struggles, joys, rights and so on. If you do not know the person, then it's akin to reading a textbook on someone, or perhaps a really really boring biography about his/her achievements only. Have you ever felt like you don't feel close to a particular person, or that someone is very boring? That's probably because you do not know him/her, but only about him/her.

Sources do not matter - I want to highlight that whether its from either primary or secondary source that we know and know about a person does not matter, although often there is much more information that we can receive when we interact personally with someone. However, this does not mean that if we hear from the person directly, then we only 'know' the person, but does not 'know about' the person. The same goes for secondary sources. What is important is your own way of perceiving the information. I can't really give a good example, because in most cases you can both 'know' and also 'know about' the person from the same chunk of information. My point is that you can also understand the person better by hearing about him/her from a third party, it doesn't have to be from the person him/herself.

People who like to express themselves in terms of what they do:
I would like to highlight that some people often talk about what they do when you ask about them or their lives. Often, it's not easy to know them through what they do. Therefore, we should try to direct the conversation towards the internal aspects of their activities. For example, for someone who likes to do rock-climbing, we can go one step further to ask why they do it, what about it that they like (perhaps they like the challenge of it). Through this we get a glimpse of the internal thought process and of the person and so know the person better. Do take note that at times the reason people do not delve into the internal aspects is because they don't think that you're expecting those kind of answers. In those cases, just rephrase your question or ask more. In some other times, it can be because they don't trust you enough to share. When that happens, it is fine to just know about them for the time being. It is true that it takes some amount of vulnerability and trust for people to let other people 'know' them, rather than 'know about' them.

Being known
As we know and know about other people more, we also need to let others know and know about us. While most of us would not have trouble doing so over a long period of time, it is not easy to do so within a short time. How do we build a friendship that will last, within a couple of days? Perhaps within an orientation camp, an internship experience, a short-term missions trip. Some of you may think that it is impossible for the people you meet during these short few days to have much impact over your life in the long run. Or that the "real" friendship can't be built over a few days. While that it true in some sense, as Christians, we still have to give them our best. It is a fact that there are often many people with whom we have limited time, or very limited time with. But God did not put such people in our life for no reason and expect us to just enjoy the programme and not the people in it. And hey, as a practical matter-of-fact, isn't it easier to maintain a friendship which have already blossomed to a significant extent over a few days, as compared to one in which takes extreme effort and intentionality after the opportunity (whether camp/STM) is over?

So how does one do it? Frankly, there is no magic formula. But just a couple of tips:
Based on my own experience, when I did the above, the programme becomes secondary. I always enjoy those few short days I have with them and out of them, I always make friends that I still will keep long long long after the camps ended.

When you can't/don't know how to continue the conversation:
Here I will list some of the common obstacles and also difficult scenarios in 'knowing' and 'knowing about' other people.
My comments: (sorry about the formatting issues, I'm not good with HTML and bloggers default options are pretty limited!)
Regardless of the obstacles in between us and making friends with other people, let's try to depend on the supernatural will of God. It is good to have methods, but ultimately what our 'salt' and 'light' is made of comes from God in the form of the Fruit of the Spirit (Galatians 5:22-23 But the fruit of the Spirit is love, joy, peace, patience, kindness, goodness, faithfulness, gentleness and self-control. )

Whenever you're stuck, remember this verse:

Colossians 4:5-6 Be wise in the way you act towards outsiders, making the most or every opportunity. Let your conversation be always full of grace, seasoned with salt, so that you may know how to answer everyone.

And pray for supernatural wisdom! God will help you out for sure :D Thanks for all those who commented on my blog :D:D Keep the comments coming!
Posted by Totonadent at 22:26

This blog is written with these verses in mind:
1 Corinthians 2:4-5
My message and my preaching were not with wise and persuasive words, but with a demonstration of the Spirit's power, so that your faith may not rest on human wisdom, but on God's power.
Philippians 1:9-11
And this is my prayer: that your love may abound more and more in knowledge and depth of insight, so that you may be able to discern what is best and may be pure and blameless until the day of Christ, filled with the fruit of righteousness that comes from Jesus Christ - to the glory and praise God!